Under changes to the Flag Code made in 2007, National flags flown over Federal installations and facilities in Wisconsin must be lowered to half staff when the Governor of Wisconsin orders flags to half staff because of the death of a member of the Armed Forces. Read the text of the amendment to the Flag Code at: http://www.ushistory.org/betsy/more/micks.htm

The Governor also has the authority to order flags to half staff at all state-owned and operated facilities in the event of the death of present or former officials of state government. Municipal and county governments, public and private schools, private businesses, and individuals should also lower their flags to half staff under an Executive Order issued by the Governor.

More information on proper display of the flag can be found in a report issued April 14, 2008, by the Congressional Research Service: “The United States Flag: Federal Law Relating to Display and Associated Questions”, by Atty. John R. Luckey. https://fas.org/sgp/crs/misc/RL30243.pdf 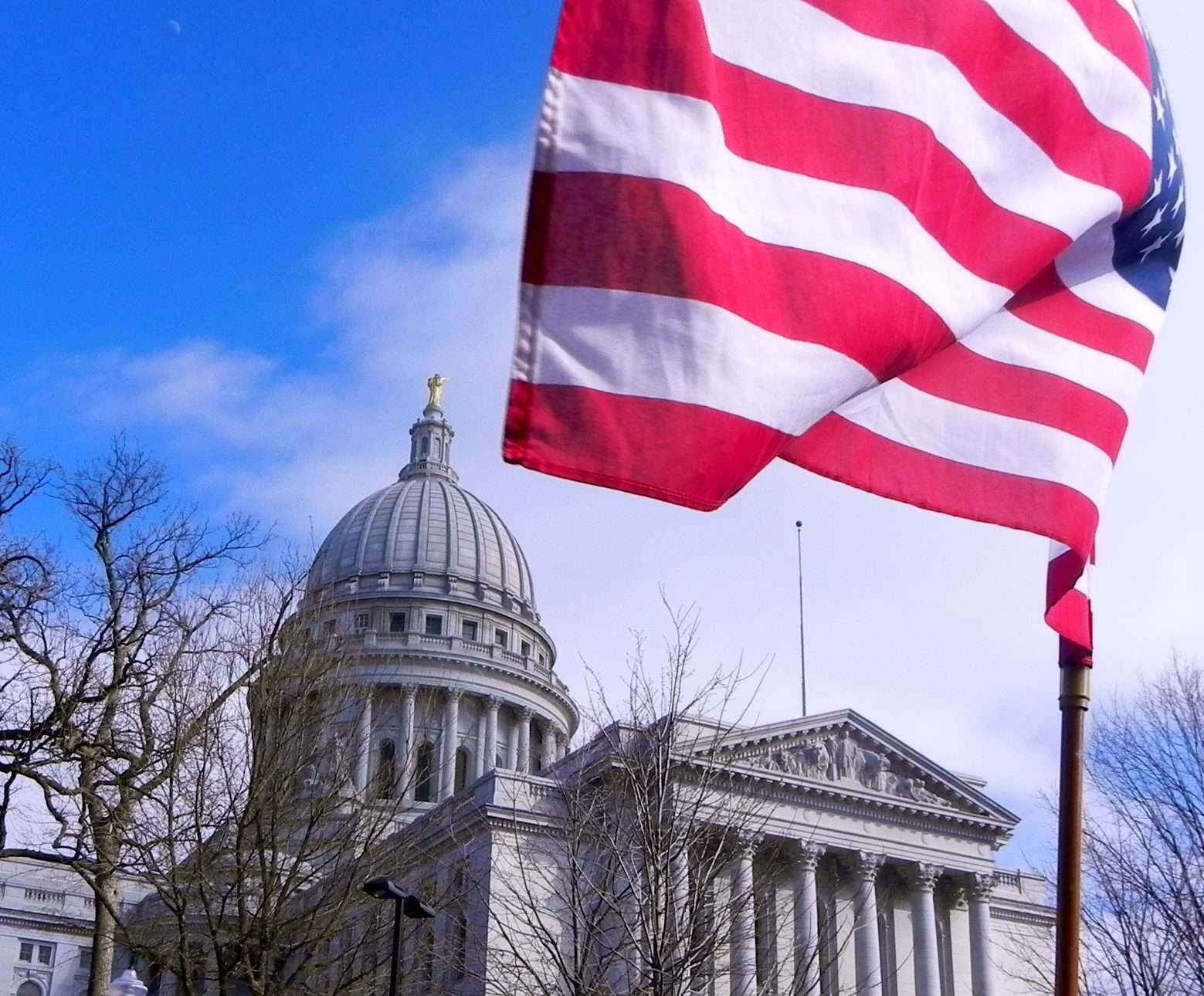 You can subscribe to receive an e-mail message when Executive Orders are released by the Governor’s Office.

The Department of Military Affairs displays these orders as a courtesy resource to the public. We do not own the content that is produced by the White House nor the Governor’s Office and are not involved in the decision-making process on when flags should or should not be lowered.

If you have any questions or concerns regarding Presidential Proclamations or Executive Orders, please contact the White House or the Office of the Governor.

white house
office of the governor

You have questions. wE have answers.

The national and state flags are highly respected figures representing our heritage and our allegiance, and there are numerous specific practices that should be followed when handling, displaying, or otherwise interacting with them. Wisconsin Department of Military Affairs has put together this list of frequently asked questions to help answer some of those topics that come up most often.

Why is the flag lowered?

The flags are typically lowered as a sign of respect for the passing of a United States military member while serving on active duty or other esteemed public individuals. Public Law 110-41, or the Army Specialist Joseph P. Micks Federal Flag Code Amendment Act of 2007, amended the U.S. Flag Code so that National flags flown over Federal installations and facilities in Wisconsin must be lowered to half staff when the Governor of Wisconsin orders flags to half staff because of the death of a member of the Armed Forces. Read more »

Specific details are included in each flag-lowering order, whether a presidential proclamation or a governor executive order.

I have other questions…

The Wisconsin Department of Military Affairs merely provides this information as a service and is not an exhaustive resource about United States Flag Code.

Here are some additional helpful resources that may answer your question(s):

The Wisconsin Department of Military Affairs also has no authority to issue a flag-lowering order. That authority lies with the United States President and the Wisconsin Governor.

Questions or concerns should be directed to:

Can the Wisconsin National Guard provide a color guard for my event?

The color guard is a four-person formation of National Guard soldiers in appropriate military uniform. They act as a Color guard, posting and retiring the flag and rendering to it the proper customs and courtesies. This time-honored traditional detail adds dignity to any military-related activity while showing respect to our nation and those who have served it.

More specific information for requesting support can be found on the Wisconsin National Guard website.

How can I be notified of new flag-lowering orders?

Wisconsin Department of Military Affairs offers updates free of charge via the GovDelivery service. In addition to notices for flag-lowering orders, you can find the other subscription options on our Subscriptions page.